i am midway through “when we make it” by brooklyn born boricua and amazing poet-author ELISABET VELASQUEZ. this book is so truthful that it makes you realize how unseen our lives can be sometimes. it follows two sisters in bushwick in the 1980s-90s (?), growing up, and making things work with their mother, their hopes, their faith (and doubts), their day-to-day, apt-to-apt life seeing as much of what to do as what NOT to fall into. readers witness underreported loyalties and beauty, as well as the difficulties navigating poverty. i hope you can borrow it in person. here are some knock-out lines:

The people in the streets / have their own story to tell.

& I’m writing my own story / so I can remember it accurately.

in case someone else / tries to tell it for me.”

Professional Spanish is fake friendly. / Is a warning.

Is a downpour when you / just spent your last $20 on a wash and set.

Is the kind of Spanish that comes / to take things away from you.”

Many millennials like the show Law and Order S.V.U. or the original one, or they want to be a cop or a lawyer or maybe even a judge, but few of them actually know what it feels like to be in court or know what really goes on in court.

For some of our internships, students actually have to be in the court room so Lissa and I found teen literature books, like Convicted and Dangerous Girls that have trial scenes in them. While reading and skimming through them it is almost like you are in the court room yourself because you can really feel the emotions the characters are feeling. For example in Convicted, the reader can really understand how scared the main character felt about testifying against his own father. In Dangerous Girls, the reader is given the transcripts of the interrogations by officers, the trial, a talk show where the accused and imprisoned young girl tells her story of being framed for murder in a foreign country. You are right in the middle of the action.

Monster by Walter Dean Myers is another book, a classic in its own right, and now available in graphic novel format, which gives the blow-by-blow shots of the trial of a 16-year old accused of murder when he was only the look-out. You are reading a movie script of a court scene, literally.

In Stephen King’s COMPILATIONof short stories entitled Different Seasons, there is a great 10-page in-court scene with great dialogue and questioning about Alan Dufresnye’s murder case.  According to the narrator of the story “Rita Hayworth and Shawshank Redemption,” Dufresnye was only one of about ten men he had met during his life sentence whom he believed was innocent, wrongfully convicted.

Check out these amazing court scene books to get a birds-eye view of what happens in court.

Jacqueline Woodson lives in Brooklyn and grew up in the South and then in Bushwick. She is a writer of books for all ages, and her touch is very profound. She is a writer that makes you cry for others, for yourself, for the world. She says on her website that she once wrote a book in two weeks; the next one took four years. My favorite book of hers is I Hadn’t Meant to Tell You. It reminded me of growing up in a place where there wasn’t much protection and friendship was the only stability there was. Here is a summary:

Marie and Lena are both motherless. Marie is black and well off. Lena is white and poor. And in the small town of Chauncey, Ohio blacks and whites don’t mix. But Lena and Marie become friends anyway. One of them has a terrible secret and the other must decide—Is it best to keep it? Or should she tell someone fast?

WHERE IT TAKES PLACE: In the small town of Chauncey, Ohio

WHERE I WROTE IT: Provincetown, Massachusetts and Brooklyn, New York.

What is your favorite Jacqueline Woodson book? If you haven’t read her, I recommend I Hadn’t Meant to tell you This, Brown Girl Dreaming, Locomotion, and Beneath a Meth Moon. 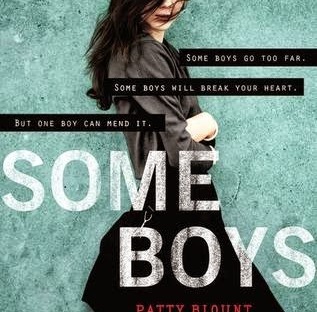 Author Patty Blount came to visit our school December 18th, 2015. She talked about what inspired her to write Some Boys, or as she put it what pissed her off so much. She got fed up at a 50-something year-old man getting 30 days in prison for raping a 14-year-old. She shared a lot of her thinking about what contributes to rape culture. Women’s feelings of shame and women’s bodies being treated as objects contribute, as does victim blaming and not believing people when they say they have been assaulted. Sexual assault occurs to 1 in 5 women and to 1 in 33 men.

We talked about Grace’s strength to confront all the harassment and humiliation at school when she does not retract her accusation that Zac, the captain of the lacrosse team raped her on a date. The book is told in two alternating points of view: Grace’s and Ian’s, Zac’s best friend. There are themes of truth and what constitutes the truth. We don’t really know who is telling the truth until the end, and then the evidence is irrefutable.

I think we can all be transformed by books….Reading Some Boys made us see how writing can help us heal. It helps us to organize all that messiness of life and put it behind us. One of the strongest messages I heard was to make more of an effort to believe our friends if they come to us and tell us they have been sexually assaulted, and support them, and not participate in behaviors that put unnecessary pressures on men to be masculine/sole providers and or on women to be trophies/objects/possessions to be had. Also to realize that if this has happened to us, it is not because we were “asking for it.” No. No one asks to be raped.

Laurie Stark, a freshman high schooler is at the bottom of the chain, hoping to get noticed by people. A senior named Quentin Palmer invited her to a party. Nothing can get better than this but what happens if you were there at the day of the accident and never came forward about it? Could this be a crime? What if it involves a girl in a coma? If you love drama and intrigue, you won’t be able to put “Hit and Run” down.

One of the best books I read when I lived in SF in the ’90s. It is harsh realism about Chicano gang life in LA. Check out this video of Latino author Luis J. Rodriguez.

Owen, a suicidal 17-year-old has tried to kill himself 6 times. He has befriended Jin-Ae on a suicidal website. Jin-Ae introduces Owen to Frank and Audrey. Frank is 18, Audrey is 17, and Jin-Ane confesses that she is only 15. They all meet up at a coffee shop. They have decided to go on a cross country trip, visiting all the famous suicide spots and ending their trip at death valley. But when people fall in love and secrets are told, it comes to whether they make their promise or break it. (Simon Pulse, 2009) 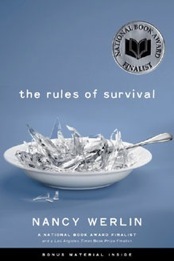 by Sara
There are three kinds of people in the world: good, bad, and weak. Which would you be if you were Matthewm the oldest of three, and your mother, who was supposed to be taking care of you, attacks you with her shoe, threatens you and your sisters, and drives drunk? Read this. Take a walk in Matthew’s shoes. What would your rules of survival be? 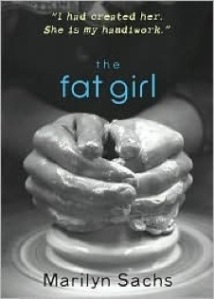 Elein de Luca is known as the fat girl. Jeff is new in ceramics class and meets her. He is disgusted at first but then befriends her. Then he dumps his cute girlfriend for Elein. Then he starts to comment on every single thing she wears and does. She loses weight and his comments continue to increase. Then you begin to wonder, is Jeff helping her or controlling her?


Beige is a terrific book. It’s inspiring for all those people who are say they’re the pure, hardcore rockers. If you enjoy rock music you’ll enjoy this book.

Beige is about a Canadian French girl named Katy, from Montreal who gets sent to her father in Los Angeles. She starts to realize how her dad is and how he lives. She dreads having to be so far from her Mom. Later on in the book she notices how Hollywood life is and all the hardships about finding out the truth about herself.

Katy learns that her father is the weirdest dad on the planet. She even learns that her departure from her mother is actually bringing her closer to her father. Katy makes friends but also gets to experience love.

Beige is a book that is not all about love, it’s about discovering the little stuff inside you. It shows the tough side of Hollywood.