This book will make you cry. First Hurricane Katrina, then death of her grandmother and mother. Then falls in love, falls hard for T-Boom, a meth addict. Who leaves her when she gets hooked. It is a downward spiral for Laurel, but her daddy loves her, she has a little baby brother Jesse Jr., a best friend Kaylee, and Moses, a friend that doesn’t try to come on to her as she sits begging for money, homeless.  The grip that meth has on people rises mysteriously to the surface in this poetic tale of struggle, of continually being pulled back to an addiction, and the people like Moses that don’t judge and don’t give up. 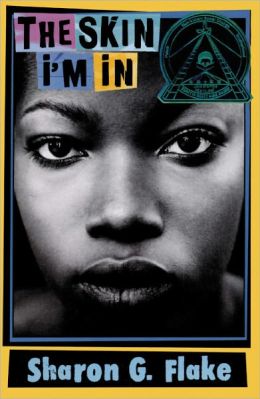 Maleeka is poor. Her mom sews to deal with the pain of losing her husband, Maleeka’s dad, but Maleeka can’t wear those hand sewn clothes to school. Sweet already teases her so much about her deep dark skin. So she borrows fancy clothes from Char, who has a lot of issues and bullies everyone around her. Then Miss Saunders shows up with her unique skin, her strong attitude, and changes the tone. She see Maleeka and, though caught in the middle of trying to be true to herself and following along doing what Char says, Maleeka will never be the same.

In his seering autobiography, Luis Rodriguez claims no glory. But he questions his place in world, and seeks to find an answer. You will bear witness to older ones teaching the younger ones to steal, senseless gang violence, abuse from teachers, misguided treatment from school nurses to Latino students, and an evolving consciousness of who he is and what is valuable in his life. Here is a chapter by chapter account.

This slim book is addressed to men and women and will give you the space and climate for your ideas to shift, open, and change. Adiche is a Nigerian writer who grew up speaking English and Igbo, but while Igbo was taught as a subject, English was the language of instruction and remains the official language of Nigeria.

She writes that while we are all human beings, there is reason to avoid generalizations because they silence our “specific experiences.” She debunks the stereotype of a feminist. She does not hate men. She is happy. She loves fashion. She explains why we should all be feminists–that you are a feminist is you concur that “there is a problem with gender as it is today and we must fix it.” She recounts an incident in Nigeria when she tipped a man for parking their car. The man looked at her friend Louis and said thank you instead of thanking her. The man ultimately thought her money came from the man. Our ideas shape our actions.

If you like to think about what your role is in the world, and help define your ideas of what feminism is, she helps to bring you there. She states, “People make culture. Culture does not make people.” She demonstrates how we create culture and use our specific experiences -to develop healthier ways to interact with other.

Dre is in high school and needs a kidney transplant fast, and LeVon, his drug-dealing half-brother is the only one who has his same blood type and can save his life.  They have the same father.  Dre has been told that his half-brother is no good and to stay away from him all his life. Now they need LeVon. If you like emotional stories and stories that cut through stereotypes this is a book for you. On the outside, LeVon is a destroying his life and lives of those around him. But if you read this book, you will see who LeVon is on the inside. 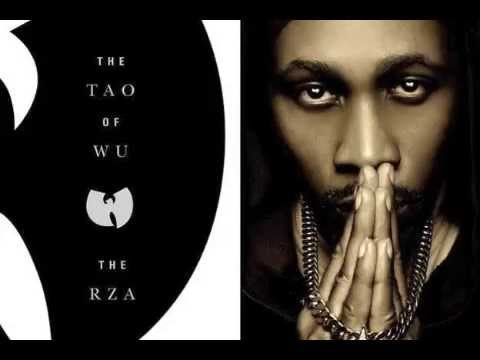 The book “The Tao of Wu” is written by the American Hip Hop superstar The RZA, the leader of the multi-platinum selling rap group the Wu-Tang Clan. The RZA uses his experiences growing up in the ghettos of New York City, his rise to fame and superstardom, and his travels throughout the world to relate Eastern philosophy to more understandable experiences such as life in America, chess, kung fu movies, and hip hop. The RZA breaks down complex ideas and stories from several Eastern religions such as Islam, Taoism, Hinduism, Christianity, Buddhism, and Judaism into simpler ideas and takes ideas from each of these religions to use towards self-betterment and one’s search for happiness, spirituality, and meaning in life.

The RZA grew up in harsh conditions, living in several of the worst ghettos in New York City in the 1970’s and 1980’s. During his time growing up, he learns, uses, teaches, and eventually masters the lessons from the Nation of Islam, a religious movement created in the 1930’s Wallace D. Fard Muhammad in America. This religious movement was created by and mainly for African-Americans living in harsh conditions, to give the hope and spiritual guidance to them and help them live better lives and find more success in a time which was hard for many African-Americans living in big cities throughout America. The RZA is continually referring back to these lessons during the hardships he faced in his youth to help him get through to them and help explain these lessons to the reader so they may use the lessons for guidance in their own lives.

This book provided me with completely new ways of viewing things and experiencing everyday life. Before reading this book, I was completely uninterested in matters relating to religion for the most part, however, this book provided me with insight into each of the major religions and some smaller ones and rejuvenated my interest on the topic of spirituality. After learning about many of the ideas and lessons given throughout this book, I feel I gained incredibly valuable knowledge which allowed me to use parts of multiple religions to better myself as a person, without devoting myself to any of the religions themselves. Even if you aren’t interested in the spiritual aspects of the book, it is still an incredible read if you are interested in hip-hop, especially if you are a fan of the Wu-Tang clan, or if you are interested in a story about a man who came from living in some of the harshest living conditions in New York City, and his transition to fame and fortune and his journey to cope with this radical change.

Congrats to Jneyde @theoneandonlynehemiah on the winning design!! “I am still taking it in, the first celebration of #juneteenth on the same day as the unveiling of the #blackamericanlibrarycardproject” #cityasalum #bpl #blackartmatters
NYC schools deserve to be fully funded #equityineducation #millionairestax
Néctar in a Sieve, a fitting book with no great story to tell, no saviors, no glory, but the ebb and flow that living life is...
From Néctar in a Sieve
@wearecityas Happy Independence Day!!!!
Celebrating #ToniMorrison and her big beautiful world of Black humanity @wearecityas #blm